Hi everyone! It’s been awhile I’ve down a Top 5 Saturday…but 2020 has been the worst year ever. I’ve been slacking on posting! I’m trying to get with it but there is always something…right now, a Category 3 hurricane is headed to my state, supposed to affect us starting tomorrow. On top of rising COVID cases (after we had it under control when we locked down) AND my son’s school supposedly opening in a week? Forgive me if I am just not on top of anything. Think positive vibes – positive vibes – POSITIVE VIBES!!! 😅

But let’s get on with it…

The topic today is:

I just borrowed this ebook and it was really amazing!

Echo Brown is a wizard from the East Side, where apartments are small and parents suffer addictions to the white rocks. Yet there is magic . . . everywhere. New portals begin to open when Echo transfers to the rich school on the West Side, and an insightful teacher becomes a pivotal mentor. Each day, Echo travels between two worlds, leaving her brothers, her friends, and a piece of herself behind on the East Side. There are dangers to leaving behind the place that made you. Echo soon realizes there is pain flowing through everyone around her, and a black veil of depression threatens to undo everything she’s worked for.

Heavily autobiographical and infused with magical realism, Black Girl Unlimited fearlessly explores the intersections of poverty, sexual violence, depression, racism, and sexism—all through the arc of a transcendent coming-of-age.

This one is *hot*! It’s not a young adult book, but definitely an adult contemporary romance. The main character is on the spectrum and gave us her unique perspective of romance.

Stella Lane thinks math is the only thing that unites the universe. She comes up with algorithms to predict customer purchases — a job that has given her more money than she knows what to do with, and way less experience in the dating department than the average thirty-year-old.

It doesn’t help that Stella has Asperger’s and French kissing reminds her of a shark getting its teeth cleaned by pilot fish. Her conclusion: she needs lots of practice — with a professional. Which is why she hires escort Michael Phan. The Vietnamese and Swedish stunner can’t afford to turn down Stella’s offer, and agrees to help her check off all the boxes on her lesson plan — from foreplay to more-than-missionary position…

Before long, Stella not only learns to appreciate his kisses, but to crave all the other things he’s making her feel. Soon, their no-nonsense partnership starts making a strange kind of sense. And the pattern that emerges will convince Stella that love is the best kind of logic…

I loved this story! It’s got food in it and made me hungry throughout my reading experience.

With her daughter to care for and her abuela to help support, high school senior Emoni Santiago has to make the tough decisions, and do what must be done. The one place she can let her responsibilities go is in the kitchen, where she adds a little something magical to everything she cooks, turning her food into straight-up goodness. Still, she knows she doesn’t have enough time for her school’s new culinary arts class, doesn’t have the money for the class’s trip to Spain — and shouldn’t still be dreaming of someday working in a real kitchen. But even with all the rules she has for her life — and all the rules everyone expects her to play by — once Emoni starts cooking, her only real choice is to let her talent break free.

I’m Filipino American so I had to read this one and it was fantastic.

A coming-of-age story about grief, guilt, and the risks a Filipino-American teenager takes to uncover the truth about his cousin’s murder.

Jay Reguero plans to spend the last semester of his senior year playing video games before heading to the University of Michigan in the fall. But when he discovers that his Filipino cousin Jun was murdered as part of President Duterte’s war on drugs, and no one in the family wants to talk about what happened, Jay travels to the Philippines to find out the real story.

Hoping to uncover more about Jun and the events that led to his death, Jay is forced to reckon with the many sides of his cousin before he can face the whole horrible truth — and the part he played in it.

I’ve read both The Hate U Give and On the Come up and she’s a must read author for me!

Sixteen-year-old Bri wants to be one of the greatest rappers of all time. Or at least make it out of her neighborhood one day. As the daughter of an underground rap legend who died before he hit big, Bri’s got big shoes to fill. But now that her mom has unexpectedly lost her job, food banks and shutoff notices are as much a part of Bri’s life as beats and rhymes. With bills piling up and homelessness staring her family down, Bri no longer just wants to make it—she has to make it.

On the Come Up is Angie Thomas’s homage to hip-hop, the art that sparked her passion for storytelling and continues to inspire her to this day. It is the story of fighting for your dreams, even as the odds are stacked against you; of the struggle to become who you are and not who everyone expects you to be; and of the desperate realities of poor and working-class black families.

That’s what I got for this Top 5 Saturday

Welcome to my book review blog where I review books and other book content.

Take a look around and thanks for reading! 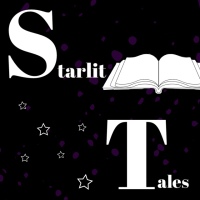 Musings of a 30-something book lover

Starlit Tales
A Kernel of Nonsense

the blurred line between reality and make-believe

Bringing the best of literature to you!

A blog about books, film, and other things